Skip to content Skip to navigation
See our Campus Ready site for the most up to date information about instruction.Campus ReadyCOVID Help
Business and Financial Services
Division of Finance and Administration

This oath is required of all new California State employees. [California Constitution, Article XX, Section 3; California Government Code sections 3100-3109.]  Because it is mandated by the California Constitution, no alterations or interlineations may be made to the text of the oath. Concerns have been raised that, by signing the oath, UC employees might be deemed to have obligated themselves to bear arms, in contravention of any personal religious beliefs they may have.  You should know that signing the oath does not carry with it any obligation or requirement that public employees bear arms or otherwise engage in violence.  This has been confirmed by both the United States Supreme Court (Girouard v. United States (1946) 328 U.S. 61) and the California Attorney General's Office. 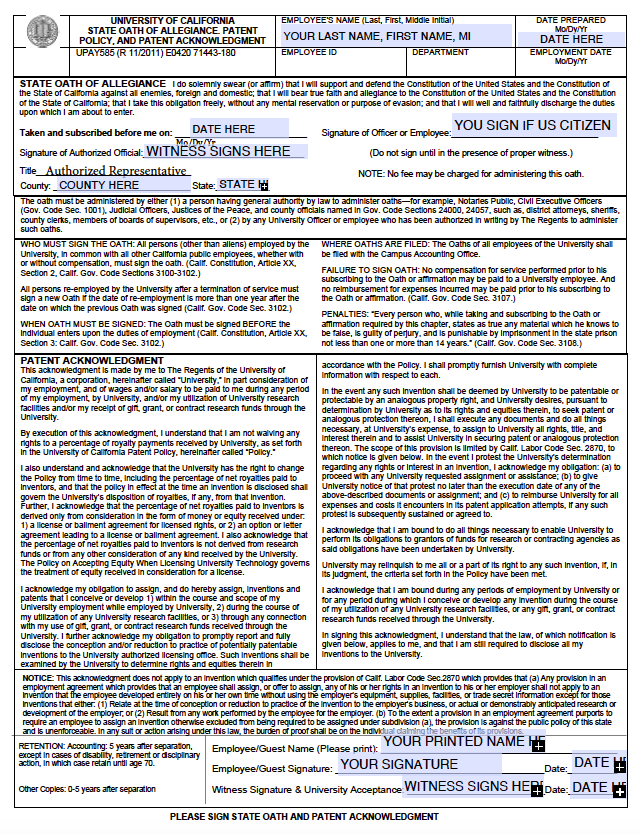